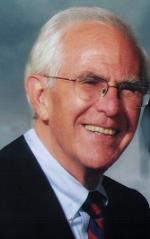 It was with great sadness that Arts|Learning learned of the death of our Co-Founder and Trustee, Eric Oddleifson, on June 19, 2011. He was born in Rochester NY on April 16, 1935.

Mr. Oddleifson was a passionate advocate of the arts and devoted his life to furthering the cause of arts education. He founded the Center for Arts in the Basic Curriculum; over a 20-year period it merged with other organizations and is now known as Arts|Learning, where he continuously served on the Board of Directors. He was also a board member of the South Shore Conservatory, and NPR’s “From the Top” radio program. He was given many awards and accolades for his arts advocacy work. Mr. Oddleifson was also an enthusiastic and accomplished amateur clarinet player and during his life enjoyed playing in the Hingham Civic Orchestra, Cohasset’s Rusty Skippers Community Band, and the Harvard University Baroque Chamber Orchestra. In addition he was a founding member of the Hingham Woodwind Quintet.

He was the former President of the Gulf River Association, an active member of the South Shore Jet Pollution Council, and a Trustee of Hambrecht and Quist Capital Management.

Mr. Oddleifson graduated from Saint Paul’s School in Concord, NH in 1952, Harvard College in 1956 and the Harvard Business School in 1963. He also attended the Eastman School of Music. He started his career as a consultant with Arthur D Little in Cambridge, MA and later emerged as a pioneer in the field of sustainable timber investing for institutional investors. During his career he established two timber investment management companies, managing assets from foundations, endowments and pension funds.

Mr. Oddleifson was a sailing enthusiast and captain of the Lightweight Crew Team while attending Harvard. He also enjoyed many happy hours circumnavigating the globe in his basement on his Concept Two rowing machine, and took great pride in the fact that he had reached the half-way mark on his 40,075,000 meter quest.

He and his wife Janna celebrated their fiftieth wedding anniversary in 2010. They raised three children together, Katrin Robertson (William) of Ann Arbor Michigan, Christina Oddleifson (Anthony Lawless) of Deer Isle Maine and Eric Martin (Elizabeth) of Hingham. His four grandchildren, Nathaniel and Tessa Robertson, and Jakob and Bryndis Oddleifson, his brother Peter of Rochester, NY and many nieces and nephews also survive him. His enthusiastic and generous nature will be deeply missed by his family and friends.

A private service was held on Nantucket, with a memorial service held at the South Shore conservatory on September 18, 2011, to celebrate his life and his deep love of music. Contributions in Eric’s memory can be made to Arts|Learning, P.O. Box 483, Medfield, MA 02052.

Remembrances from Arts|Learning Staff and Board members

Eric’s loss to Arts|Learning is incalculable. We can’t begin to imagine how deeply sad Eric’s family must all be at this time. Eric’s passion for arts education and improving the learning opportunities for children, his unending quest to shake up public education to make it more accountable to the people it serves, and his exhaustive research and reading of many topics was incredible. We feel as if we have lost our shining, burning light. His impact on many lives will continue for many years to come. May it bring his family some measure of comfort to know that he has truly affected many lives in a positive way.

Eric and I have been entwined in education and arts learning for well over a decade, always with his passion and commitment to find efficacious ways to “make it work” in schools, always on a large scale and regardless of the odds. Our dialogue has not only been stimulating but also eccentric in its directions, always stretching the envelope of possibilities. His sudden passing is shattering and makes me cry at the loss of those apparent possibilities, and pursue his demand for a liberal education through the arts. Eric was an inspiring pest for me and so many others, and I will carry him in my memories the rest of my days.

Such a huge loss to all who knew him, and to the many worlds Eric spanned with his restless imagination—music, arts, education, investing, sustainability, systemic reform, community organizing, and on and on. His imagination never acknowledged a boundary, for all the time I knew him, which was far too short. The hole left by Eric’s passing is immense. My heart goes out to those closest to him, who must feel it most intensely.